It was a very ambitious undertaking. At the outset, we thought "ok, it is big, but not that big". Mid way through we thought, " well, it was a little aggressive, but, we can still do it". By the end we thought, " what were we thinking?" Really, we had no choice to proceed the way we did, but wow, we got it done. Kudos' to the UAT (User Acceptance Testing) team for pulling it off, without their extra effort and diligence, it would never have gone as smooth. What did we 'get done', you ask? Let me tell you.

Phase II called for new core programs, bringing with it a new way of working for the staff. Since the new system had to replace the old, they could not cohabitate; the old one had to be "shut off", and the new one "turned on". The data for the old system needed to be converted into a new database. Testing of the conversion took a great deal of time as data anomalies had to be dealt with.

Phase II also required that any existing applications must retrieve required information from the new database once the old database was "shut off". This is a tricky undertaking. For example, the D&R (Disability and Rehabilitation) system depends on the pay information from MIS to correctly calculate the benefit amount. In production the required information was being gathered from the old database. In test, the application had to be altered to allow testers to retrieve information from both the old and new database, and confirm that the results were the same. Once testing was complete, the D&R system was readied for a move to production to coincide with the rest of the changes.

Since the database was changing, many systems all had to come in simultaneously: 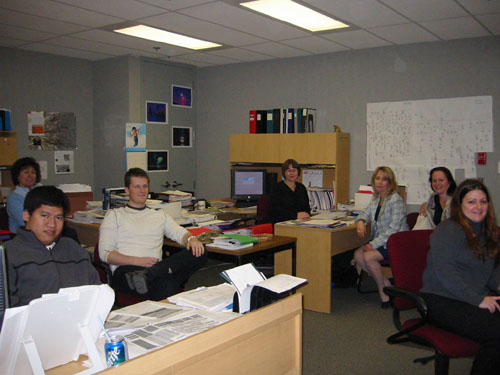 After months of testing, changing and more testing, we took a deep breath and moved the data, the forms and the reports into production. Many days of staff information sessions and training followed.

Thanks to the tremendous effort by the UAT staff and a big thanks to the HEPP staff who dealt with all the changes with patience. Without the staff's generous co-operation this project would never have succeeded.